The First Energy Start-up Workshop in Slovenia: From an (Energy) Idea to a Successful Company!

Last week, Montel Energetika.NET held the first “Launch Your Own (Energy) Start-up” workshop, hosting young entrepreneurial minds from different fields of study and interest at Srečna hiša (“Happy House”) in Lukovica pri Domžalah, Slovenia. The participants received guidelines on communicating new solutions, innovative products, and establishing and running a new company from the Director of Montel Energetika.NET, Alenka Lena Klopčič Klopčič, the Director and co-founder of the ABC Accelerator, Urška Jež, the Director of the successful Slovenian energy start-up DS Meritve, Dejan Lešnik, and Peter Kobal, an entrepreneur, who was the first in Slovenia to attract development capital for the company he was heading at the time, whereas now, he invests in energy start-ups. 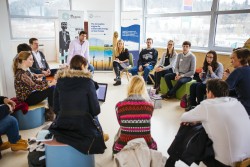 The “start-up” idea seems relatively new, although start-up stories have been around for quite some time, said Alenka Lena Klopčič Klopčič, the Director of the media house Montel Energetika.NET, in her introduction to Friday’s workshop. The company experienced something similar to a start-up story when its management team had to move on from being a business unit to being its own company. Klopčič explained that at the time, the energy sector, especially in Slovenia, was not as vibrant as it is today. In those days, she would write no more than an article a day for Energetika.NET, whereas “now, we publish up to 15 articles a day on the Slovenian and regional portal (the latter is in English), which points to significant developments in the energy sector”. Under its current owner, Norway’s Montel, Energetika.NET was able to further expand its journalistic work and the organisation of energy events to the entire region of South East Europe (starting in 2012).

“Failures make us stronger, but some can also be avoided”

So what would be the guiding principle for start-ups that wish to stand out in the crowd, set themselves apart from similar companies and convince investors of their potential, attracting capital for further development? No matter how good and innovative an idea is, and no matter what kind, it will not succeed if you do not stay realistic and if you do not test it, warned Klopčič. For a start, even a simple opinion from a friend or acquaintance could save you from making a mistake or losing money or time: “Failures make us stronger, but some can also be avoided. Asking and testing are important parts of the process. If a start-up starts looking for financial resources too early, this could lead to hasty and bad decisions, such as selling too much of the company to an investor.”

However, substantial material resources or finances are actually not the main precondition for launching a start-up, as the key components are the right know-how and the readiness to learn – and this is exactly what start-ups get in accelerators: mentorships, contacts, and networking possibilities, which they either make use of or not. “Start-ups with a clear goal will take advantage of these opportunities, and with the right purpose in mind,” added Alenka Lena Klopčič Klopčič. 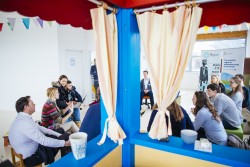 “Start-ups are quite popular nowadays,” said Urška Jež, the Director and co-founder of the ABC Accelerator in Ljubljana. She agreed with Klopčič, saying that a hefty financial backing does not ensure success: “We are often approached by start-ups which have the resources, but lack enthusiasm. If a team believes in its vision on the basis of its product, which actually solves a real-life problem, it will achieve much more in a shorter period of time. It could even offer something better that what is already available on the market, simply by adding minimal improvements. In our experience, those with a greater financial backing either fail or are on track to failing.”

However, start-ups that are eager to get resources should be careful, added Jež. Money does not last forever and teams can expand with time, so teamwork and perseverance play a key role: “The ABC Accelerator helps start-ups go as far as possible while preventing them from selling off their shares too quickly. If a start-up really believes in the product and if the demand for it is strong, it is only a matter of time before the tables turn in favour of the product. However, the companies need to act quickly, as waiting for the right moment also means allowing more time for the idea to develop somewhere else.”

In a world of high-growth start-ups, protecting or patenting an idea is not really suitable. The most profitable thing to do is to be in tune with the consumer’s needs and to adapt the product accordingly, said Dejan Lešnik, the founder of the successful Slovenian energy start-up DS Meritve, agreeing with Jež. Lešnik explained that as he was starting out, an unfortunate mix of a lack of experience and the investors’ appetite for resources lead to him losing a large share of the company. The company’s springboard, however, was the Slovenian crowdfunding organisation Zavod ZMAG and its then Director Vladimir Milošević, who provided it with the appropriate know-how needed to ensure success in finding investors.

The investor should not meddle in the operations of the start-up, added Jež, especially if this investor is unfamiliar with its dynamics. However, the investor is welcome, and even encouraged, to expand the company’s sales network, help with production and with covering the segments which the company could not reach otherwise due to a lack of resources and channels.

Start-ups should do their own homework! 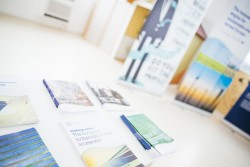 Taking into account the market response to results means that the product could undergo certain changes. The founders should be aware of this. “The product they have now is not the same as the product they will have in the future,” said Jež, adding that the first interviews with candidates at the ABC Accelerator already reveal what kind of a start-up they are dealing with: “It can either be a team which clings to the product and which believes it has all the answers, or it can be a team which is prepared to listen to advice and follow it. You need to be able to present your product or service well and to plan your steps accordingly, so that you are ahead of the competition. A start-up which is convinced that it is the only one in the world (with a certain solution), was clearly not very thorough in its market research.” 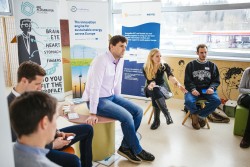 Additionally, start-ups have a lot of know-how available in Slovenia, said Urška Jež: “They don’t have to go very far, as we have a lot of know-how in the country, also in very specific technological fields. The ABC Accelerator is connected to different institutes, laboratories, and mentors, which offer support to the budding entrepreneurs.” However, although the teams come to the ABC Accelerator to receive coaching, know-how, and guidelines, they must also do their own homework, said Jež: they need to identify the actual need which their solution fulfils, conduct market research, and include the members of their teams in the work, so that they can at least develop the first working prototype, but especially so that they are able to keep the work momentum going for some more years. It is the team that ensures the breakthrough. From a practical point of view, however, the team should consist of people with different profiles, added Lešnik.

“Not only know-how – also a unique way of looking at problems will drive the team forward,” added the entrepreneur and investor, Peter Kobal, who shared some of his experiences with the young entrepreneurs, embarking on their own start-up journey – from establishing a company together with another company, to running it and contributing to a steep increase both in revenue and in profit, and finally leaving it and going on to contribute to new start-up stories.

Montel Energetika.NET’s first “Launch Your Own (Energy) Start-up” workshop was supported by the non-profit World Chicago from the U.S. and Europe’s biggest energy start-up Innoenergy. 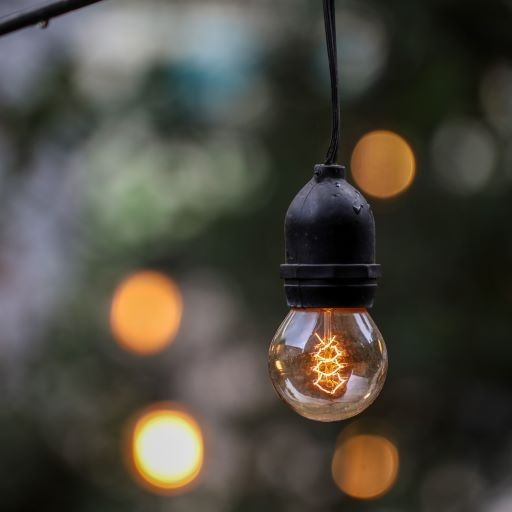