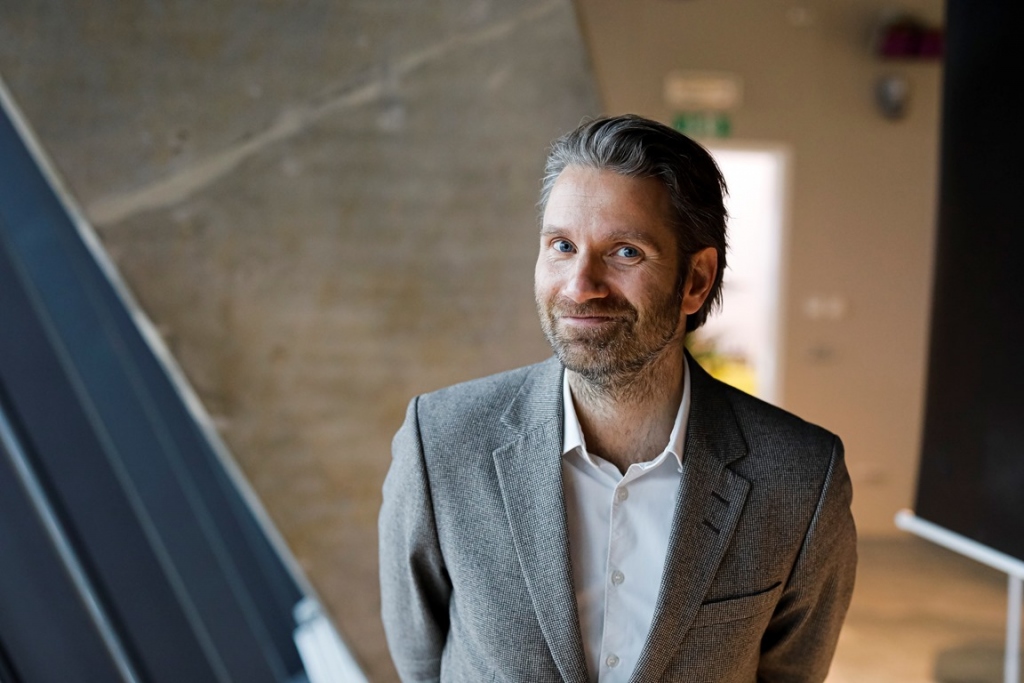 Yes, happiness at work can lead to higher GDP for nations, agrees Meik Wiking, the CEO of the Happiness Research Institute and a New York Times bestselling author of books about happiness, adding that “the topic of happiness at work and higher GDP is also an ethical question, wherein should we being looking at happiness for the sake of happiness or happiness for productivity to increase GDP?”. Following the publication of ‘The Little Book of Hygge: Danish Secrets to Happy Living’ and ‘The Little Book of Lykke: The Danish Search for the World's Happiest People’, Wiking has now published another book – ‘The Art of Making Memories: How to Create and Remember Happy Moments’, which he recently promoted in Canada. Energetika.NET carried out this interview with Meik via e-mail, whilst he was somewhere en-route from his trip to Canada back to Europe, as part of which he will also stop in Slovenia where he will speak at the Energetika.NET event on 21 November about the happiness at work for people in the energy sector.

How can we connect sustainability, about which we are all talking, with that thing that is so simple yet so hard to get - happiness?

In some contexts, I see the topic of sustainability framed as being synonymous with sacrifice; that in order to be more sustainable as humankind, we need to accept lower well-being. The reason behind this could be the misleading belief that consumption and material abundance are indicative of our well-being. However, when considering the relationship between sustainability and happiness, I take a different viewpoint. Despite the complexity of the term ‘sustainability’, one defining factor remains: safety. Thriving as a human is premised on living in a safe environment in which we are nurtured. If our environment does not support our fundamental human needs, such as physical safety and sanitation, which nurture a healthy human life, it is not sustainable. If it is not sustainable, we are not able to thrive. Sustainability is, therefore, a foundation for a happy life.

You worked for a think tank prior to joining the Happiness Research Institute. Which skills and experience from the corporate world have you been able to use in your work in the field of happiness?

At the Happiness Research Institute, our work aims to bridge the gap between the academic community and the public, as a way to make happiness research accessible. To do this, we use data that shapes the science and stories to spread the science.

How open are corporations to debates on happiness? Have you found that people as individuals are more open to such topics? Meaning in the majority of cases, when we go to work we forget about happiness, since we don't connect it with work that we 'must' do to survive. Do you agree or do you think that this needs to change and that people need to work more on their perception of what we 'must’ do to survive so that they can also perceive this as part and parcel of happiness?

We are seeing corporations becoming increasingly conscious of happiness. In order to be sustainable, the well-being of employees must be a priority for corporations, and to achieve this, corporations must ensure they are supplying their employees with the necessary resources to complete tasks. Employees will undoubtedly experience stress if they do not have the means to complete that which is being asked of them. Therefore, corporations must assure their employees are clear about their roles, responsibilities and expectations. Corporations have a great responsibility over their employees’ experience at work, and therefore heavily influence the perceptions of their work in relation to their happiness. Structural problems in corporations are an element over which employees have little-to-no control. Interestingly these problems have the potential to be rectified with happiness research, since it demonstrates where things are not working, and thus gives direction of the areas on which to focus, such as: social relationships, kindness, generosity, trust, and having basic financial needs met.

The Happiness Research Institute also prepares a Job Satisfaction Index. What were the main results from the last index that you published?

In the Job Satisfaction Index, we looked at the seven factors which have the greatest effect of job satisfaction among Danes and we found that feeling a sense of meaning in your work has the greatest effect on employees’ happiness. The second factor is mastery, followed by leadership, balance, influence, achievement and colleagues.

And what are the results of your last European Happiness Equality report?

The last European Happiness Equality report was published back in 2015. However, you can also check out the World Happiness Report 2016 for the most recent data, which reported inequalities in happiness.

Additionally, your institute has published some literature in Danish on how to improve quality of life for young people. Do you think social media affects the quality of their lives as well as that of ‘non-youth’ but still active generations?

In our most recent report #SortingOutSocialMedia, we present the findings in response to the question “Does social media really pose a threat to young people’s well-being?”. Social media can be seen as an amplifier of the social situation an individual is in, so if a young person is being bullied, social media can make that even worse for them. Similarly, if they experience high popularity in school or their social context, they are likely to be popular on social media. However, for older generations, social media has not had an influence on the way in which they learnt to be social, as is the case with younger generations.

What can we expect from the next World Happiness Report? Do you expect the happiest nations on the happiness scale will change or will the Danes remain at the top for some time to come?

I believe Denmark will remain at the top of the World Happiness Report for the foreseeable future at least. In the last year there have not been any dramatic changes in the system in Denmark; we have had an election and now have a new government, which for some is a great source of happiness, and is equally detrimental to that of others. Moreover, we are becoming increasingly focused on climate and sustainability.

How can we really measure happiness – especially since it stands for a longer lasting feeling or sensation?

When we measure happiness, we are focusing on three dimensions. The first is the cognitive scale, which refers to evaluative life satisfaction. To measure this dimension of happiness we use the Cantril Self-Anchoring Scale, which asks people to imagine a ladder with steps numbered from 0 to 10, with 0 being the bottom and ten being the top. Considering 0 being the worst possible life for you and 10 being the best, participants are asked to evaluate where on the ladder they feel they stand at this time. This dimension is where the Danes score high, right now we are at number 2. The second dimension we measure is the affective scale, which asks individuals about the emotions they felt that day, the day before, the last two weeks and so on. This dimension is where we see the most fluctuation. Interestingly, in Latin America, we see they are experiencing more positive feelings day-to-day. These two scales provoke much discussion about what is more important: overall satisfaction or day-to-day feelings. Finally, there is eudaimonia, which asks individuals about the sense of purpose they feel in their life. Those who feel a strong sense of meaning or purpose also score high on the cognitive and affective scales.

Would you say that happiness at work can lead to higher GDP for nations? 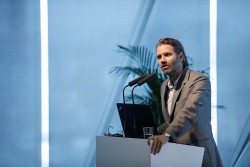 Yes. If employees are happy at work, they are more capable of focusing on solutions and problem-solving, which is of course good for companies, since, as a result, the company is more productive. This makes sense because in countries where people are not happy at work, they will invest their resources elsewhere. However, the topic of happiness at work and higher GDP is also an ethical question, should we being looking at happiness for the sake of happiness or happiness for productivity to increase GDP?

Since you are coming to Slovenia to talk about happiness at work in the energy sector, what would you say is the most important factor to consider when we think about our happiness at work? Can any job become a ‘happy job’ and what can we – as workers – do to make it ‘sustainably happy’?

I previously mentioned the importance of feeling a sense of meaning about your work. While the factor of meaning has the most influence on job satisfaction among the Danes, that is not to say that there are no other important contributing elements to how happy we feel about our job, which we certainly have control over. Let’s take mastery as an example. The term reflects a person’s comprehensive knowledge and skillset, if we are employed in a role to which we are well matched.

On a personal level, what employees can do to become happier at work is be clear in their communication. It is also important for corporations to hear that employees also need structures and resources, otherwise they will communicate better about the things they don’t have. 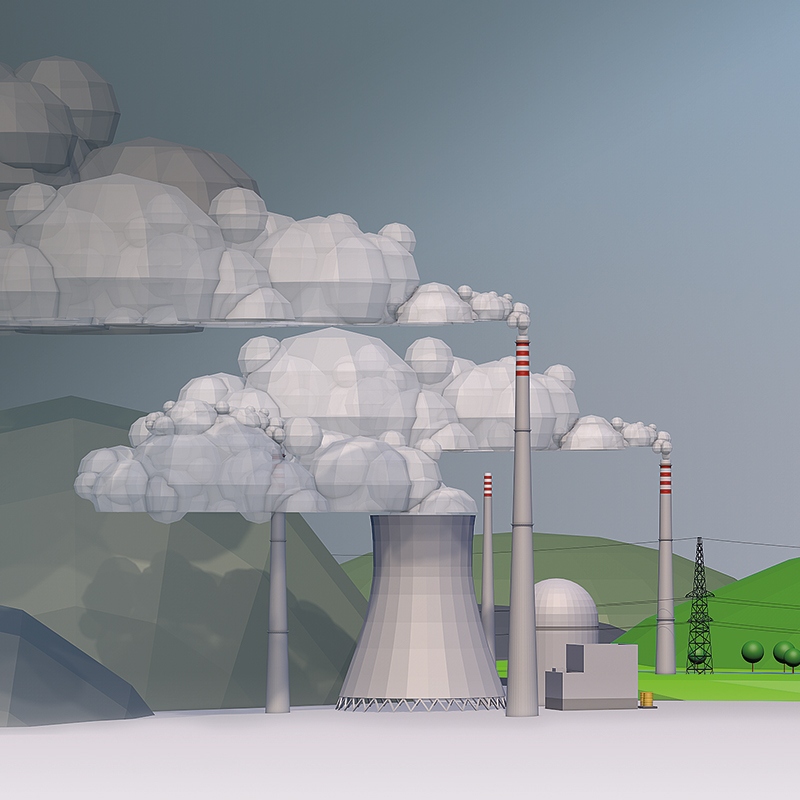