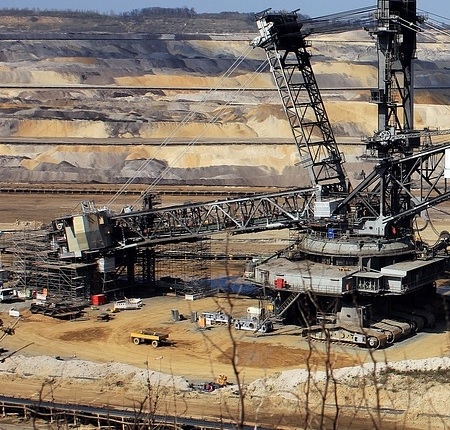 The COVID-19 pandemic has accelerated the start of the demise of coal-fired power generation in Poland, the third most coal-dependent country in the world, and the economics of these plants are not positive either, especially as of 2025 onwards. Amid this development, the country is currently experiencing massive growth in rooftop solar panels, said Joanna Mackowiak-Pandera, the CEO of Forum Energii, a think tank based in Warsaw, in the latest Montel Weekly podcast published on Friday.

According to Mackowiak-Pandera, the transformation of the Polish energy sector has accelerated dramatically during the pandemic, as the decline in electricity demand has begun to displace coal from the system.

“Discussions on the energy transformation are now at a very advanced stage in Poland. The government has been speaking with trade unions about the closure of mines because it is inevitable, and also because they bring dramatic economic losses,” she explained, adding that serious discussions have also been taking place about renewables replacing coal as it will be phased out.

“It is said that Poland will face a coal-fired power generation gap, partly because capacity markets, which now still support coal generation, will be phased out for coal after 2025. So, it is a matter of five years until coal-fired plants will bring dramatic losses and they will probably not be able to operate, at least in the current electricity markets,” said Mackowiak-Pandera.

Thus, according to Mackowiak-Pandera, the electricity market needs to be redesigned. “Nevertheless, the question then arises as to the extent to which we want to invest in coal-fired power plants because they need to be modernised. More than 50% of coal-fired power plants are over 30-35 years old, which means that this is end of their service life.”

Lignite in power generation could be phased out by 2032

Speaking about a possible date for Poland’s coal-phase out, Mackowiak-Pandera explained that Poland is the third most coal-dependent country in the world and that it has a lot of coal in the power sector - about 72%, district heating - also about 72%, and even households, as many Polish households still burn coal for domestic heating “which leads to very heavy air pollution in winter.”

Therefore, Poland needs a strategy for the three sectors, said Mackowiak-Pandera, adding that she thinks that phasing out coal in heat generation - district heating and households - is possible by 2030.

“When we talk about the power sector, we think that the phase out of lignite in 2032 is actually inevitable, partly because the currently open mines will probably be closed at around that date. There is an official government analysis which shows that they may last until 2035, however, it is also a question of economics - they will make losses due to the high CO2 prices,” said Mackowiak-Pandera.

Meanwhile, the rest of the coal - hard coal - in the power sector could be phased out by 2035 or by 2040 at the latest, said Mackowiak-Pandera. “This is what we have been now discussing in Poland, but there is no official date yet,” she added.

In the short term, Poland could fill the gap created by the coal phase-out and thus guarantee security of supply through gas-fired power generation, noted Mackowiak-Pandera.

Mackowiak-Pandera also mentioned that nuclear energy is still being seriously considered in Poland, although no final decision has yet been taken on the issue.

Mackowiak-Pandera also warned that “Poland will be more reliant on imports if nothing changes.”

“Wholesale prices in Poland are currently the highest in the region, and this is the reason why we import a lot of electricity and why imports have been growing (to about 20 TWh). This has become a big problem because for years we were rather the exporting country,” she explained.

According to Mackowiak-Pandera, Poland’s neighbours “go for renewables. We also need to have more renewables in order to equal the balance in electricity trading.”

However, there has already been quite an upswing in new solar capacity. While four years ago PV was not considered a viable option for the Polish power system, installed solar capacity has grown from 200 MW in the last 2.5 years to over 2 GW.

“We expect to have 3 GW of solar capacity by the end of this year,” said Mackowiak-Pandera, noting that this is mainly rooftop PV.

The growth in solar capacity can be attributed to “a very attractive subsidy scheme,” said Mackowiak-Pandera, adding that even the pandemic has not slowed down the growth in solar installations. “Since the subsidies come from CO2 revenues, we hope that this process will continue,” she added.

The podcast is available HERE.