The new circumstances, which were brought on by the COVID-19 pandemic, called for an entirely new agility – bringing forth the ‘age of agility’, said the CEO of Siemens in Slovenia and Croatia and the President of the Managers’ Association of Slovenia, Medeja Lončar, answering a question about the current social attitudes. Energetika.NET’s discussion with Lončar is the first interview conducted as part of the En.economics & Vision project, replacing the En.economics & Industry events which Energetika.NET would normally organise every autumn in cooperation with the Slovenian Association for Energy Economics (SAEE). In the interview, we discuss several bestsellers on global economy, focusing, of course, on the future of energy and economics, which Lončar believes will demand not only our understanding, mutual trust, and the related sustainable approach (especially in leadership), but also a clear focus.

Are we in an era of optimist or pessimist ‘Marias’?

In ‘Talking to My Daughter About the Economy’, Yanis Varoufakis, Greek economist, former Greek finance minister and currently a best-selling author on global economy, uses the example of a businesswoman called Maria to illustrate that “entrepreneurs are playthings of their collective expectations. When the group is optimistic, their optimism is self-fulfilling and self-perpetuating. And when it’s pessimistic, their pessimism is also self-fulfilling and self-perpetuating”. He illustrates that, as a society, we actually influence the crises, or more precisely, their severity, with our attitudes. 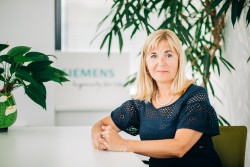 When asked about which social attitudes she, as the head of an international corporation, is observing during this period, often dubbed as ‘the new reality’, Lončar replied that the current situation is very different from the previous financial crisis and that although the pandemic initially brought mostly uncertainty, the new reality soon called for quick action, especially in terms of adaptability, which brought forth a ‘new era of agility’, both within Siemens and wider, said Lončar, who is also the president of the Managers’ Association of Slovenia.

Lončar believes that the current situation mostly calls for – and will continue to do so – a sustainable approach, on the collective and individual level, as well as on the level of the industry, the leaders or managers, and the decision-makers. Additionally, we need to recognise that technological development cannot be stifled, but it can – or should – be directed towards addressing the current challenges faced by humanity – which is actually our responsibility.

What part do empathy, success, self-restraint, and happiness play in modern leadership?

When preparing to take over as President of the Managers’ Association of Slovenia, so even before the pandemic, Lončar asked herself: What is the role of a company leader in the modern age? She knew even then that modern leaders need to work towards not only taking care of the stakeholders, but especially of the wider environment. The core of the corporate mission should not focus solely to profit, noted Lončar.

She therefore believes that modern leadership will call for more empathy, which is the pillar of mutual understanding and trust, and which is also part of the sustainable approach needed to actually start on the path towards a sustainable future, both in terms of economics and energy. So we should not fear digitalisation and automation, which will most likely see an additional boom with the EU’s post-COVID-19 recovery agenda, noted Lončar, adding that she “believes in the European Union”, as it is able to assume the role of the ‘world’s wise man’.

Additionally, Lončar agrees with Varoufakis’ view on the “paradox of success”, which he discusses in his book ‘The Global Minotaur’. He writes: “Self-restraint, as the philosophers know, is a rare and bewildering virtue. It is also a virtue that tends to come unstuck the more powerful we become. In this it resembles the relationship between trust and success: the stronger the bonds of trust between us, the greater our collective and individual success. But success breeds greed, and greed is a solvent of trust. Similarly with self-restraint: having it can help one succeed. But then success poses a threat to one’s self-restraint.”

During her career, Lončar witnessed many cases where her colleagues tackled the challenge of balancing self-restraint and success, with greed also playing a certain role. However, when it comes to modern leadership, we should also mention empathy, which Lončar believes can help leaders understand their co-workers – for example, a mother of two who is also the head of a department faces completely different challenges than a co-worker without any children, especially if the epidemiological situation requires them both to work from home. Incidentally, Siemens was one of the first German corporations to extend the policy of partly working from home. 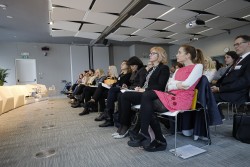 At last year’s En.economics & Industry 019, which Energetika.NET organised together with the Slovenian Association for Energy Economics (SAEE), Meik Wiking, the CEO of Denmark’s Happiness Research Institute and the event’s main speaker, talked about the importance of pursuing job satisfaction, which he backed with data on performance and productivity. Lončar agrees that satisfied people will also be satisfied workers, and that this will be reflected within the organisation.

The energy sector will remain a capital intensive industry

When asked whether the energy sector will remain as it is or whether its capital intensity will decrease with the development of new energy technologies and sources, Lončar said that the sector, at least in terms of production, will keep its capital intensiveness, adding, however, that it will feature a wider range of sources and smart technologies.

She added that it is actually due to the industries’ diversity – and differing capital intensity – that after separating its telecommunications, transport, and healthcare business, Siemens recently also separated its energy business (MORE), which Lončar sees as a very interesting industry also in the long term.

Listen to the interview with Medeja Lončar in its entirety HERE (in Slovene). 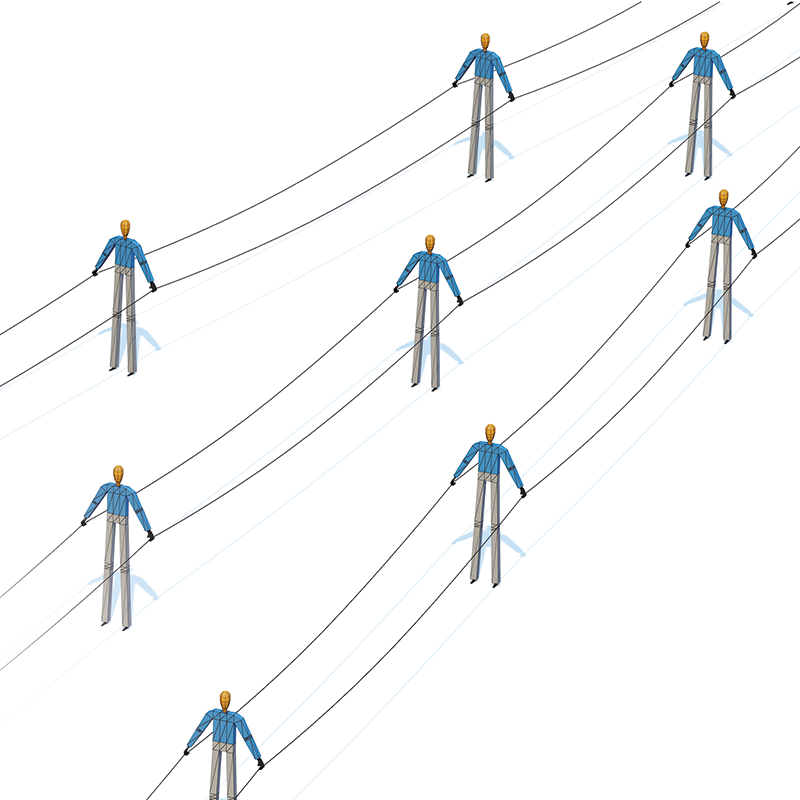