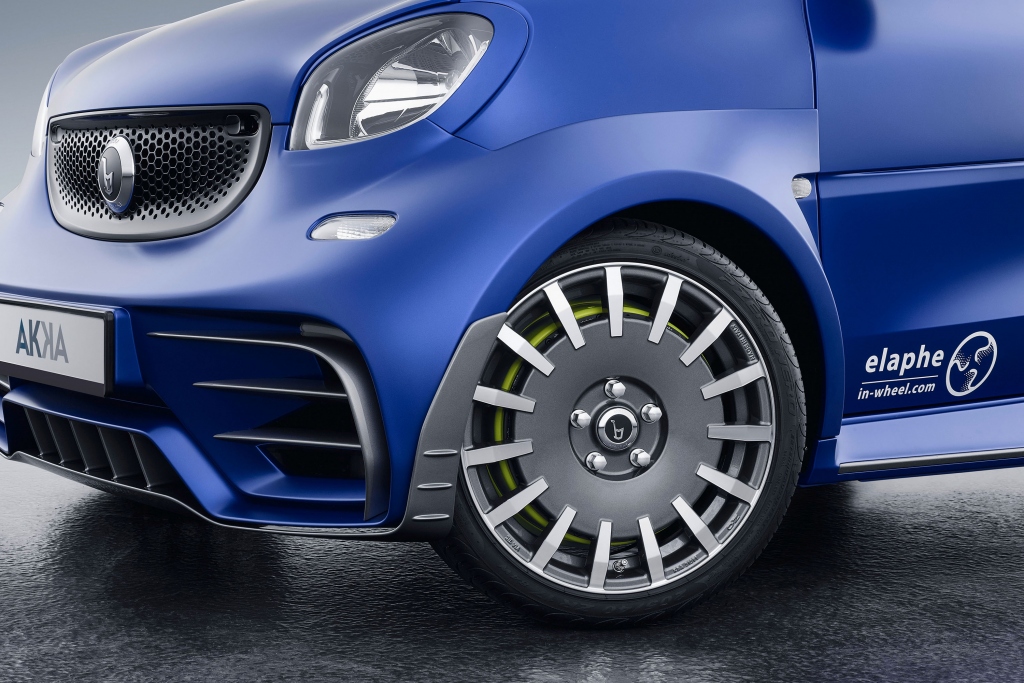 Elaphe, a company set up by Gorazd Lampič back in 2006, develops direct-drive in-wheel motors for electric vehicles, the young team reaching milestones that have resonated internationally, even more so than in Slovenia, where the business is based. It is no secret that Elaphe has landed on the radar of some of the large financial funds and corporations on the lookout for promising R&D companies that are trying to shape a future that is as advanced as possible but also as sustainable as possible. Lampič, who is Elaphe founder and CEO, spoke to Energetika.NET just over a week before the En.odmev 020 conference, where he will participate in a panel titled ‘Demand-Side Energy Future’.

The focus is on the energy consumption of the vehicle, not just its drive system efficiency

According to the Elaphe website, the mission of the company is to use innovative and disruptive technologies to work towards increasing efficiency, promoting sustainable use of energy, and minimising the dependence on fossil fuels. “We can help improve energy efficiency in two ways, by maximising the efficiency of the drive system, or by minimising the overall energy consumption of the vehicle. While Elaphe works on both segments, it sees more potential in reducing the weight, complexity, and the exterior volume of the vehicle,” Lampič told Energetika.NET. “The key thing, therefore, is to consider the vehicle as a whole, with all its functionalities, for instance in terms of energy consumption for the comfort this provides, or energy consumption per unit of transported volume or weight, rather than merely or exclusively in terms of its drive system efficiency”. 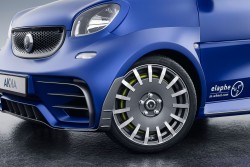 Perhaps the best way to illustrate this is with the driving range of the vehicle, whereby Elaphe is working on achieving a 20% longer range than the current-generation electric vehicles. How quickly could this goal be achieved? “Considering that each development cycle, for instance for hybrids that entered the market in the early 2000s, takes between five and ten years, I am confident that we can expect the first new-generation products to enter the market as early as next year and reach a significant market share in five to ten years’ time,” said Lampič.

In late 2019, GlobalData said: “We are at the very beginning of the era of electric vehicles (EVs). Today, there are five million EVs on the world’s roads, which is up two million from 2018.” (MORE) Gorazd Lampič is satisfied with the trend, highlighting the fact that growth is also limited by supply: If growth rate was any higher, suppliers would not be able to meet the demand. Trends also need to be matched by adequate technology price and good business performance of the players in the market, and this is affected by the depreciation of the existing electric drive system production lines. According to Lampič, in terms of incentives for this still new technology, Slovenia is completely in sync with trends in developed economies. He is also happy with the support Slovenia has given to Elaphe and its development activity by making the company part of a number international promotional activities.

Similarly to 2018, Elaphe ended the business year 2019 with a revenue of approximately EUR 3 million, of which some 25% was EU funds raised for participating as partners in development projects. As the company is currently finishing product development before mass production, its target revenue for 2020 is EUR 5.5 million, according to Gorazd Lampič.

When asked the somewhat controversial question of whether it makes sense to give out subsidies promoting electric vehicles, which are more expensive than ‘conventional’ cars and therefore affordable only to high-income households, Lampič said that while Elaphe was not addressing all the challenges of e-mobility, its system makes vehicles simpler and therefore more affordable. That said, he added, almost any new technology needs some incentives to take off; market take-up takes time. “With the growth of electric vehicles, subsidies for electric and hybrid vehicles will no longer be needed. Generally speaking, subsidies are a form of support not only for individuals, but perhaps even more so for the given infant industry in its attempts to compete in the market,” noted Lampič, who proposed in 2009 that one of Slovenia’s strategic national projects should be to set up a factory for small electric vehicles. 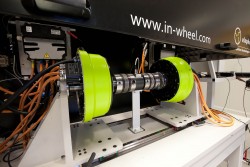 An analysis by the green campaign and research group Transport & Environment (T&E) has estimated that to finance the necessary EV chargers, Europe needs EUR 20 billion over the next 11 years, or EUR 1.8 billion a year on average, in private and targeted public investment (MORE). This is just 3% of the EU’s current annual spend on road infrastructure, and Lampič agrees that the ‘per capita’ figure does not seem very high, “especially if this can lead to a cut in some other investments, such as petrol stations, or replace a few oil tankers”. According to Lampič, EV chargers will get even more efficient for vehicles using Elaphe systems.

After years of slow progress, electric vehicles are finally coming to Europe. Driven by the CO2 standards for 2020/21, which require carmakers to reach on average a 5% EV sales share in 2020 and up to 10% in 2021 or face fines, the offer of better performing and more affordable electric vehicles in Europe will at least double. The number of electric models available on the European market will surpass 200 in 2021, while European EV production will grow significantly to reach four million vehicles annually by 2025, reads a report from the green campaign and research group Transport & Environment (T&E). The report also showed that some 3 million public charging points will be needed for 44 million electric vehicles in 2030 if the EU is to become climate neutral by 2050. That is over 15 times the 185,000 public chargers currently available in the EU, which are enough for the current electric fleet but not to keep pace with the growing market beyond 2020 (MORE). 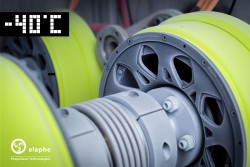 52 prototypes and demonstration vehicles using the Elaphe system are currently being tested around the world, and the company expects the first production vehicles to roll off the assembly line by the end of 2020 or in 2021. One of the first such vehicles was the Smart Bertone. Developed in collaboration with tech partner AKKA, it was expected to first take off in China, but it now seems that western markets are catching up quickly. 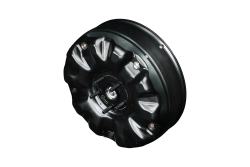 Which indicators or trends does Elaphe consult when planning its future activity? The CEO of the company with a dozen patents says that the team behind Elaphe does, of course, keep abreast of trends; however, their focus is based, above all, on their own vision and the specific trajectories charted by customers or partners with their requirements and needs. “Electromobility is a fact; its take-up is only a matter of time,” said Lampič, adding that the demand for their products is not just for personal, but also commercial vehicles. “The potential is huge.” 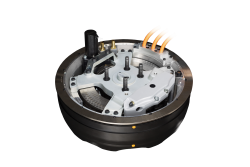 As Elaphe has a strategic collaboration with a partner based in China – APG, the leading braking system producer in this country – Energetika.NET asked Lampič about the implications of the recent developments concerning coronavirus for Elaphe. “Instead of on development, the entire China is currently focusing on very basic, existential issues. Many people work remotely,” said Lampič. Considering that good business performance is a sine qua non for investment in development and future activity, months of disruptions for businesses could have hitherto unimagined implications for the entire automotive industry, he added.

Since its beginnings three years ago, the partnership with the China-based business has had positive implications for the growth and technological progress of Elaphe, noted Lampič. The two companies have, among other things, built a demonstration line for mass production, to start the production process as soon as the market is mature enough.

Is it a challenge to build a business relation with a partner from a country with such a different culture, but basically on a start-up basis (for a brilliant illustration of the differences between Chinese and western business thinking, see Kai-Fu Lee’s 'AI Superpowers: China, Silicon Valley, and the New World Order')? Lampič responded with a smile, saying that even if perhaps each step takes a little more time, this partnership has been a very positive one in every respect, allowing them to grow immensely – both literally, as a team, and culturally. “At the end of the day, we are all humans, and we can work things out rationally, to mutual advantage,” concluded Lampič, who will be one of the panellists at the upcoming En.odmev 020 conference. Given that EV batteries could provide grid support to power systems, he is joining a panel titled ‘Demand-Side Energy Future’. 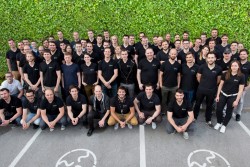 It is also worth noting that there are currently nine job openings at Elaphe. The positions, mainly for engineers, are open to international applicants (MORE).