The European energy industry is participating in the European Union's Green Deal with record spending worth billions. For example, the Spanish energy power utility Iberdrola alone has plans to invest around EUR 34 billion in renewable energies by 2025, while the Italian utility Enel is planning to invest around EUR 70 billion by 2030. Additionally, German corporations such as RWE and EnBW also intend to invest even more money in wind and solar parks, writes the German newspaper Handelsblatt. The annual investments in renewable energies in Europe could increase from around EUR 60 billion in 2020 to EUR 90 billion by as early as 2022.

In terms of numbers, this means that the European energy industry will invest around EUR 650 billion in this decade alone in renewable energy, according to the result of an exclusive analysis conducted by the global consultant company Kearney for the Handelsblatt. Additionally, if a good framework is put in place and wind and solar energy will be subsidised for an extended period of time, these investments could even surpass the EUR 1 trillion benchmark. “Energy companies are just starting their investment offensive," added Kearney’s expert Andreas Stender for the Handelsblatt.
"The funds provided from the Green Deal as well as the COVID-19 pandemic recovery funds open up a great opportunity to build a new, sustainable industry way faster than would be the case in normal times," explained Markus Krebber, the CEO of RWE, for the Handelsblatt.
According to the Handelsblatt, energy companies now want to catch up with investments that have stagnated, because in many countries – including Germany – there was uncertainty about the further framework conditions. Now, however, there is huge political support for investments.
First the energy sector turnaround happened, now the traffic and heating sectors will need to become climate-friendly and this will only be possible with additional quantities of green electricity. Moreover, a lot of new wind and solar capacities will be needed for the production of green hydrogen. At the same time, wind and solar technologies are becoming increasingly competitive, thanks to technological maturity, economies of scale and digitalisation.
Additionally, the energy industry itself, which has been ‘stuck’ on fossil fuels in the past for far too long, has finally identified renewable energies as a major growth area. In the meantime, these investments are also supported by financial investors. Interest rates are low and investments in renewable energies are attractive. There is a lot of money currently on the market available, writes the Handelsblatt regarding the main reasons that this investment boom is happening.
Nevertheless, the question of how much money will ultimately be invested in the coming decade depends primarily on how quickly the costs of technology will continue to fall, and how long renewable energies will continue to be promoted and subsidised, added the Handelsblatt.

Shares in wind and solar power companies are on the rise

According to the Handelsblatt, in 2020 in particular, when the global economy was shaken by the coronavirus pandemic, green energy proved to be crisis-proof. While many industries were struggling with billions of losses, the wind and solar industries celebrated one record after another.
“Since the outbreak of the corona crisis, most renewable energy companies have performed significantly better compared to others. In October, for example, the shares of global solar companies more than doubled their value compared to the previous year,” explained the Handelsblatt.
“The demand for electricity will increase drastically because more and more applications are becoming electrical,” said Krebber, adding that green electricity will displace fossil fuels in the heating market, in the transport sector and for the production of green hydrogen, which is required for industrial processes. “The market for renewable energies is extremely attractive, and the potential is huge. The financial sector and investors have also recognised this,” added Krebber.

Large customers such as Amazon are asking for green electricity

The investment boom is also being driven by increasing customer demand for green electricity. Volker Malmen, CEO of Ørsted Germany, a subsidiary of the world's largest wind park operator Ørsted from Denmark explained: “Where three years ago everyone was buying their electricity as cheaply as possible on the power exchanges, now the demand for direct electricity purchase agreements between wind or solar park operators and large corporations is increasing immensely," added the Handelsblatt. On the other hand, smaller regional suppliers and even municipal suppliers are now also concentrating their investments on renewable energies.
In the end, even the giant oil companies cannot escape the boom. “With investments of billions, they are pushing into the market for green energies. Together, the European giants BP, Shell, Total, Equinor and Eni are planning to invest almost EUR 130 billion in renewables over the next five to ten years, since the pressure from politicians, society and activists on the fossil giants is increasing,” concluded the Handelsblatt. 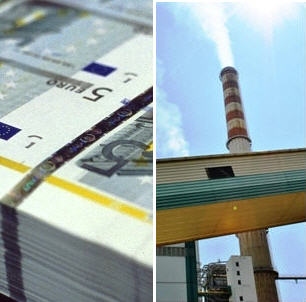