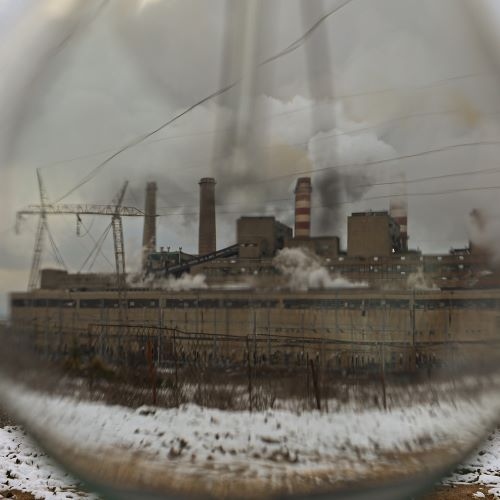 The European Commission should require Western Balkan countries to at least partially introduce carbon pricing by 2025 if they are to be exempt from the carbon border tax until 2030, says NGO Bankwatch.

If this does not happen, “there is a danger that in 2030 there will still be a lose-lose situation, with no carbon pricing in place and no CBAM [carbon border adjustment mechanism] applying,” Bankwatch warned in a blog post on Friday.

Such was the case last year, when Bosnia and Herzegovina's power producers made record earnings from exports during the energy price surge as their fossil-based electricity was not subject to a carbon price.

Lack of political will

Bankwatch thinks the CBAM’s introduction could speed up the decarbonisation of the region's power sector, emphasising that “it can be decided on directly by the EU rather than waiting for Western Balkan governments to get on board.”

“Political will to introduce carbon pricing varies considerably among the Western Balkan governments and it cannot be taken for granted that it will happen soon,” it added.

Therefore, it is concerned about the commission's proposal to exempt Western Balkan countries from the CBAM for electricity until 2030 if they opt to fully implement carbon pricing by then. According to Bankwatch, this “would be all right if partial carbon pricing was in place by 2025, but there is currently no requirement for this in the text.”

To avoid a “lose-lose” scenario, “clear requirements need to be put in place for at least a certain level of carbon pricing...by 2025 if the countries are to be exempted from the CBAM,” said the NGO.

A further EC condition for CBAM exemption until 2030 is that no state subsidies be granted for new power plants with CO2 emissions of more than 550 g CO2/kWh, which effectively means that governments will not be able to offer financial incentives for coal power generation.

“This may have been progressive a few years ago but it is inadequate today in a situation where the IEA has underlined that no new fossil fuel infrastructure can be built and the power sector must be decarbonised by 2040 if we are to stay below 1.5 degrees,” says Bankwatch.

The NGO goes even further, proposing that this CO2 emissions threshold be reduced to 250 g CO2/kWh, the level it believes is required to meet both the EU and Western Balkans’ commitment of carbon neutrality by 2050.