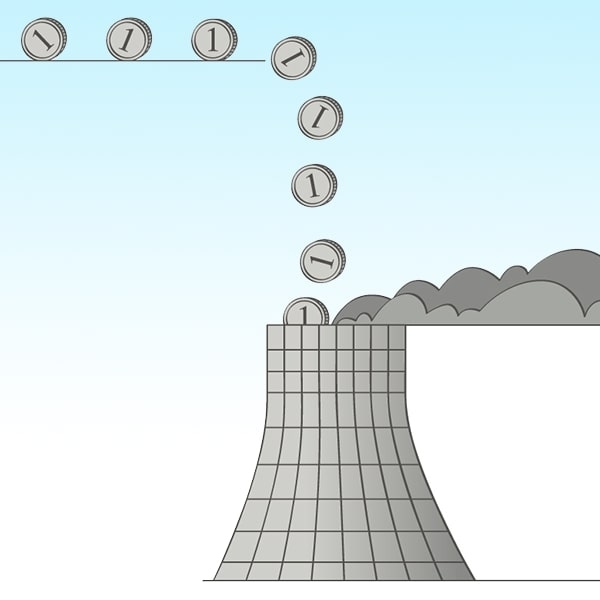 Presenting the secretariat's annual implementation report for 2021 at a virtual press conference, Kopac said that coal subsidies and the lack of carbon pricing mechanisms remained the biggest challenge for the energy transition in the Western Balkans.
The EU’s carbon adjustment mechanism (CBAM) will introduce a tax on coal-generated electricity that will be imported from the Western Balkan region and Kopac said that the money raised by the tax would go directly into the EU budget.
However, if a country already had a carbon pricing system, the country itself would have those funds at its disposal.
“The funds collected could be used for investments in energy efficiency and renewables, which would result in an increase in new capacity, not only private ones but also state-owned,” he added.
According to the report, several contracting parties have already “adopted climate laws, while carbon pricing – arguably the most effective instrument in the Green Deal’s regulatory toolbox – has remained a rare exemption.”
“So far only Montenegro has implemented a carbon pricing system,” said Kopac, while in other Western Balkan countries the “price for carbon is zero”.

Commenting on the current situation in North Macedonia, Kopac said that the country was a good example of what happens when the construction of new energy producing capacities is neglected.
The Macedonian government last week declared a 30-day state of national emergency so that it could secure a stable electricity supply for end consumers.
However, according to Kopac, North Macedonia’s energy crisis is not only the product of soaring energy prices. “In the last 30 years, not much was invested in new generation capacity, while electricity prices have been too low for a long time now,” said Kopac.
He explained that in the past the Macedonian power utility ESM produced coal-fired electricity for a price of EUR 55-60/MWh and sold it to households at a price of EUR 36/MWh. The price difference was mostly covered by subsidies from the budget or through the commercial sale of electricity to companies.
However, now that electricity was scarce due to coal shortages and non-functioning units in coal plants, the country has had to rely on imports which can be very expensive, as much as EUR 150/MWh or even more, while the price of electricity sold to households remained at EUR 36/MWh.
This creates a huge deficit for ESM and the Macedonian TSO Mepso, which is currently covered by the state budget. This cannot last forever and household electricity prices in North Macedonia will eventually have to rise substantially, said Kopac.
While the only thing North Macedonia can really do in the short term is to reduce its national consumption, in the long run the country must drastically invest in new renewables capacity and in batteries, as well as replace coal-fired plants with gas-fired ones.
Kopac warned that a similar situation could happen to Serbia and BiH, where coal subsidies are high and the need for reforms is less as a result.
Both countries still sell cheap coal-generated electricity to the EU, since there is no CO2 emissions system in place, which has resulted in substantial profits. However, coal-fired capacities will soon be decommissioned due to old age and if no new capacity is built the two countries could follow the example of North Macedonia, added Kopac.