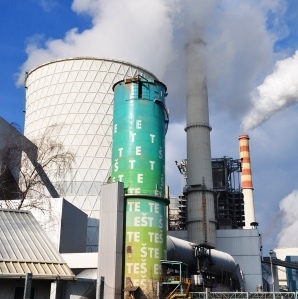 The Slovenian government has approved the national coal phase-out strategy, which envisages the end of coal energy production in that country by 2033 at the latest, it said on Thursday.

According to the Slovenian infrastructure ministry, the strategy’s implementation should begin as soon as possible if the transformation of Slovenia’s energy sector and coal regions is to be successful.
The national coal phase-out strategy focuses mainly on the fair energy transition of two Slovenian coal regions: Savinjska-Saleska and Zasavje. It defines how their economic and social restructuring will be carried out, with emphasis on the implications of the Velenje coal mine’s closure.
To that end, the government intends to spend EUR 248.38m from the EU Just Transition Fund (JTF) over the next two years. The first step will be to adopt legislation that permits the gradual closure of the Velenje coal mine, after which access to some of these funds can be granted.
The infrastructure ministry has emphasised that key stakeholders from both regions were involved in the drafting of the strategy and that a comprehensive environmental impact assessment was also conducted.
The Slovenian power utility HSE, which is the parent company of the Velenje Coal Mine and the Sostanj coal-fired power plant, has welcomed the strategy’s adoption.
"This date is a milestone from which all future activities related to HSE’s thermal energy division will emerge," the company said for Energetika.NET.
HSE is already in the process of implementing new renewables projects to replace some of the coal-fired power production, and the Slovenian utility GEN is considering nuclear energy as another option. Slovenia currently produces around one third of its electricity from coal.

However, Slovenia’s non-governmental organisations (NGOs) are continuing to push for an earlier coal phase-out date of 2030.
Tomislav Tkalec from the Slovenian NGO Focus Association for Sustainable Development told Energetika.NET that 2030 is the only acceptable coal phase-out date if the climate commitments set by the Paris Agreement are to be met.
“Of the proposed phase-out dates – 2033, 2038 and 2042 – mentioned during the drafting of the strategy, 2033 is actually the only one that is still barely acceptable," said Tkalec, expressing his belief that in any case market forces would lead to the closure of Sostanj by 2030, and not 2033 as foreseen in the national strategy.